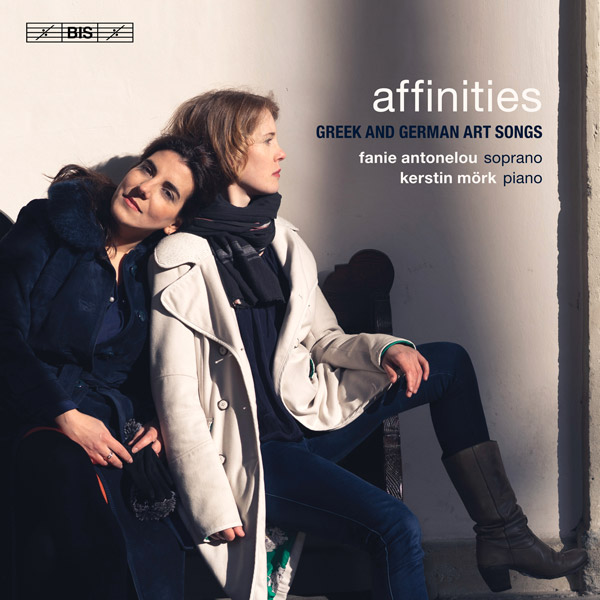 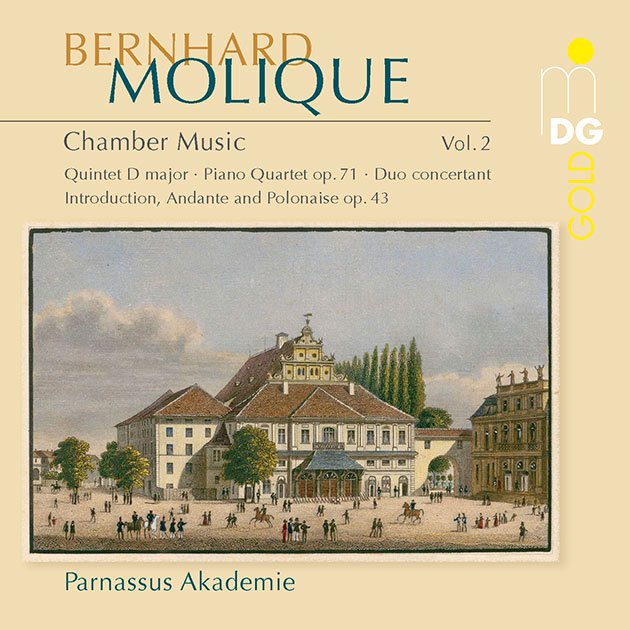 Kerstin Mörk shaped the plasticity in the music like a sculpture.

Kerstin Mörk shone in the rapid passages with their quick changes of articulation as well as in the lyrical central, full of feeling and the emphatic finale.

[Mörk] boasts not only incredible technical perfection, but also an equally powerful and sensitive touch […] combined with musicality and a sense of structure and proportion.

Pianist Kerstin Mörk is one of the most versatile pianists of the younger genera­tion. Hailed by the press for her “unbe­lievable technical perfection” and her “powerful but sensitive touch”, Mörk is enjoying an ever-growing reputation thanks to her vast repertoire of solo and chamber music as well as Lied and large-scale solo concerti.

Kerstin Mörk has performed at leading concert halls such as the Liederhalle in Stuttgart, Semperoper in Dresden, Beet­hovenhalle in Bonn, Konzerthaus in Ber­lin, Philharmonie in Essen, Wagner’s Haus Wahnfried in Bayreuth and the Lju­bljana Festival, among others. Mörk is al­so a welcome guest at Festivals inclu­ding the Musiktage in Weingarten and the Schlossfestspiele in Ludwigsburg. Kerstin works regularly with the Interna­tional Bach Academy and the Hugo Wolf Lied Academy in Stuttgart. Solo perfor­mances have included collaborations with the Akademisches Kammerorches­ter Karlsruhe, the Vidin Sinfonietta, the HSSO Valerius in The Hague, the Göp­pinger Kammerorchester and the Junge Philharmonie Karlsruhe.

Kerstin’s versatility is also manifest in the numerous chamber music formations and artists she engages with. Mörk colla­borates closely with Bayreuth Festival guest soprano Mirella Hagen, with whom she published a Lied CD in Janua­ry 2016 with works by Richard Strauss, Ludwig Thuille and Hugo Wolf under the label GENUIN, which received excellent press reviews. In addition, Mörk has been performing for years with violist Madeleine Przybyl, combining newly discovered repertoire with standard works as well as contemporary music in fascinating recital programmes. Mörk also performs with her younger sister Anja in the pianoduo mo:rk, both in four-hand and two-piano formations. Kerstin Mörk is member of the Parnassus-Aka­demie in Stuttgart and the group Visu­alsandVoices, whose live performances combine avant-garde music with video projections. Further chamber music part­ners include violinist Viktoria Kaunzner and singers such as Seda Amir-Karayan, Fanie Antonelou, Rabea Kramp, Christi­ne Müller and Simon Tischler.

Born in Heilbronn, Kerstin Mörk studied under the tutelage of Renate Werner, Shoshana Rudiakov, Florian Wiek, Cor­nelis Witthoefft, Roger Muraro and Bernd Glemser at the State universities in Stuttgart and Würzburg as well as the Conservatoire national supérieur de Pa­ris and the Conservatoire de Montréal, graduating in MD in Piano and MD in Song Accompaniment with honours. Mörk recently received the “Masterclass diploma” of the Academy of Music Würz­burg thanks to her excellent academic achievements.

Some of her numerous awards include the Extraordinary Prize for Piano Accom­paniment at the International Lied Com­petition in Stuttgart (2012), a grant from the Deutsches Musikwettbewerb, an award at the Musikpreis of the Bruno Frey Foundation and second prize at the Bechstein University Piano Competition. Additionally, Mörk was promoted by the Yehudi Menuhin – Live Music Now Asso­ciation and named Fellow at the Society of Friends of Stuttgart University and the Baden-Wüttemberg State Foundation.

Since 2014, Kerstin Mörk is part of the teaching staff in the singing class of Prof. Ulrike Sonntag at the State Academy of Music and Performing Arts in Stuttgart. The summer semester of 2016 will see her also work at the academy as Teach­ing Assistant for Prof. Florian Wiek in his Piano and Chamber Music class.

Lieder von Schubert u. a.

Werke von Paul Hindemith u. a.

Works of Mozart, Schubert and Schumann for four hands

Scenes of a childhood

German Chansons from 1947 by Edmund Nick and Erich Kästner. With chanson-singer Kornelie Reinke.

Music on the Bechstein

Recital for Viola and Piano Works by Hindemith, Gàl, Milhaud and others with Madeleine Przybyl, Viola

Works by Bach, Proto and Koussevitzky

Music for Violin and Piano

Worch by Brahms, Schumann and Ravel

University of Music and Performing Arts

Music for Viola and Piano

Music for double bass and piano

The Parnassus Academy presents works by Bernhard Molique and others

University for music and performing arts

Since this term, Kerstin Mörk is part of the teaching staff of the University of Music and Performing Arts Graz.

Kerstin Mörk is going to play at the Lied-Fest of International Hugo-Wolf-Academy Stuttgart, among names like Birgid Steinberger, Dietrich Henschel und Eric Schneider.

"The utmost enthusiasm" - Ken Meltzer writes about A Maiden's heart in "Fanfare" Magazine and Erin Heisel in "American Record Guide".

We are happy to announce, that the album "The maiden's Heart" is nominated for German Record Critics' Award!

Great drama in small package, brimming with refined humour and a double twist: the Lied song is a unique heritage, which soprano Mirella Hagen and pianist Kerstin Mörk cultivate with great care. Starting with Hugo Wolf – the first composer to be explored by the artists – Hagen and Mörk have amassed in recent years a vast Lied repertoire comprising works of all periods, which continue to enchant audiences with their beauty and aesthetics. The artists’ versatility and virtuosity, the duo have already garnered various competition prizes.

Hagen's voice is silvery, full and clear, Mörk's playing is rich and supportive.

Another gift was the young soprano Mirella Hagen, fascinating with her coquettish, charming, desolate or joyful arias. A pure tone, phrasing the music confidently with a wide array of colours in a voice brimming with theatrical talent and feeling – simply wondrous to behold.

Kerstin Mörk’s playing is neither obtrusive nor ‘passive’ – one hears the veritable cooperation that can only be accomplished by highly experienced chamber musicians.

In 2013, Mirella Hagen gave her internationally acclaimed debut in the jubilee production of Wagner’s Der Ring des Nibelungen at the Bay­reuth Festival under the direction of Kirill Petren­ko. In addition, she sang Woglinde (Das Rhein­gold) under the direction of Sir Simon Rattle at Munich’s Herkulessaal, and this performance is now avail­able as a live recording on CD. She ap­pears at such venues as Opera Vlaanderen (Bel­gium), the Komische Oper Berlin, the Staatsthe­ater Stuttgart and the Staatstheater Braunschweig.

Mirella Hagen has performed in oratorios and song recitals at Stuttgart’s Bachwoche, the Eu­ropäisches Musikfest, the Konzerthaus Berlin, the Beethovenfest Bonn, the Hugo-Wolf-Akademie Stuttgart, the Ljubljana Festival, and at Wagner’s Villa Wahnfried (Bayreuth). She frequently per­forms in concert with Helmuth Rilling, with whom she sang oratorios in South Korea, Milano, Mos­cow and St. Petersburg.

Mirella Hagen studied in Karlsruhe with Christiane Hampe, in Stuttgart with Ulrike Sonntag, and also completed studies in song interpretation, gradu­ating with highest honors under Cornelis Wittho­efft. She was awarded the Thomas Wiese Scholar­ship and the Trude Eipperle-Riege Prize for her outstanding achievements as an interpreter of Lied. She was also inspired by Robert Holl, Hel­muth Deutsch, Ulf Bästlein, Charles Spencer and Edith Mathis.

Recommended without reservation, and the utmost enthusiasm. (Ken Meltzer, Fanfare)

A great addition to your lieder library.

This debut album surprises in many ways.

Fresh and expressive […] a gem

Kerstin Mörk is an extraordinary and engaging accompanist.

Soprano Mirella Hagen and pianist Kerstin Mörk re­leased their debut CD in January 2016 under the la­bel GENUIN. The programme is inspired on the lives and feelings of young women.

It all begins with Hugo Wolf: His was the music that the two young musicians first explored together. The Lied songs chosen for the “Mädchenherzen” are amongst their favourites and include some rare titles such as “Daughter of the Moorland” and “Maid of the Forest”. Likewise, Hagen and Mörk selected some virtually unknown gems by Richard Strauss.

The CD is put together in an unusual way, combin­ing contrasting Lied songs by Ludwig Thuille – a pen friend from Richard Strauss’ boyhood, whose music is heard today only through his chamber works. The colour of his Lied songs range from the expressive­ness of Hugo Wolf to the romanticism of Richard Strauss.

The duo Madeleine Przybyl (viola) and Kerstin Mörk (piano) had already performed more than 30 recitals throughout Germany by the time they were awarded a scholarship at the 2011 Deutscher Musikwettbewerb. Both artists consider it essential to prepare sophisticated programmes combin­ing new works with standard repertoire for viola and piano. It is no surprise that their performances are highly praised in the press and have been recorded for various German radio stations such as Bayerischer Rundfunk and Südwestrundfunk.

The duo charmed their audience [...] with their virtuosity and fresh musicality. Viola and piano – a beautiful sound combination one does not hear every day.

They love music as much as they love piano. The young sisters Anja and Kerstin Mörk melt their audience’s hearts with their unbridled temperament, natural charisma, daz­zling virtuosity, musicality and intelligent programming. They effortlessly tackle classics such as Mozart, Schu­mann or Chopin as well as contemporary works and commission pieces, as if it were all they ever did. The fact that each of them also performs as soloist and in other chamber music formations makes them artists in their own right who complement each other perfectly in duo.

The quick alternation of the artists created a flurry of emotions.

Musicality and maturity expressing the many emotions of longing, melancholy and despair left the audience breathless.

Anja Mörk studied piano at the Universi­ties of Music in Stuttgart and Lisbon and has recently started her Masters under Prof. Silke Avenhaus at the University of Music and Theatre Munich. Her passion for chamber music brought her to Festi­vals and Masterclasses such as the Inter­national Ensemble Modern Academy Klangspuren Schwaz, Oberstdorfer Musik­sommer and the International Chamber Music Academy Lower Saxony. In 2013 she was selected to perform at the Inter­national Harmos Festival in Casa da Música in Oporto/Portugal.

Anja has participated in masterclasses with the pianists Konrad Elser, Jonathan Aner, pianoduo Grau/Schumacher and worked in the field of contemporary music with the composers Beat Furrer, Jörg Wid­mann and with the conductor Kaspar de Roo. She is first prize winner of the Ger­man national competition Jugend Mu­siziert and got special Prizes of the foun­dations Deutsche Stiftung Musikleben, Bundespothekerkammer and Association for New Music Heilbronn for her extraor­dinary ensemble work, related with concerts in Germany and abroad. Moreover she is prize winner of the Matthaes Piano Competition Stuttgart.

Anja Mörk was promoted by Yehudi Menuhin “Live Music Now” Stuttgart and scholarshipholder of Manfred and Monika Wölfel foundation and of Friends of Stutt­gart University Society.

Enthusiastic about playing keys in orches­tras, she was member of Münchner Rund­funkorchester’s Orff-Academy and since 2016 member of Junge Deutsche Philhar­monie, with which she has performed in halls like Konzerthaus Berlin and Laeiszthalle Hamburg. 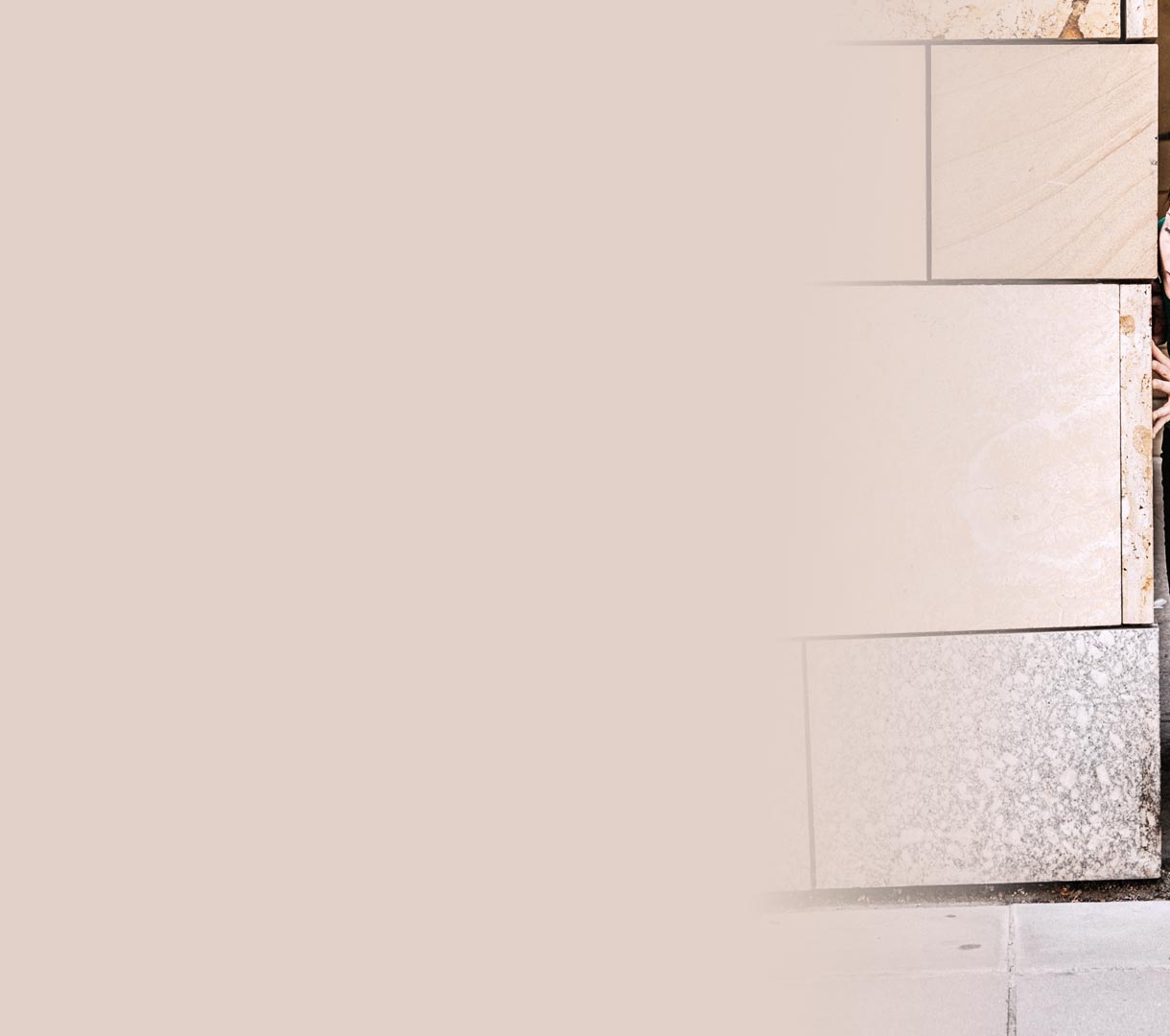 A charm of Lullabies 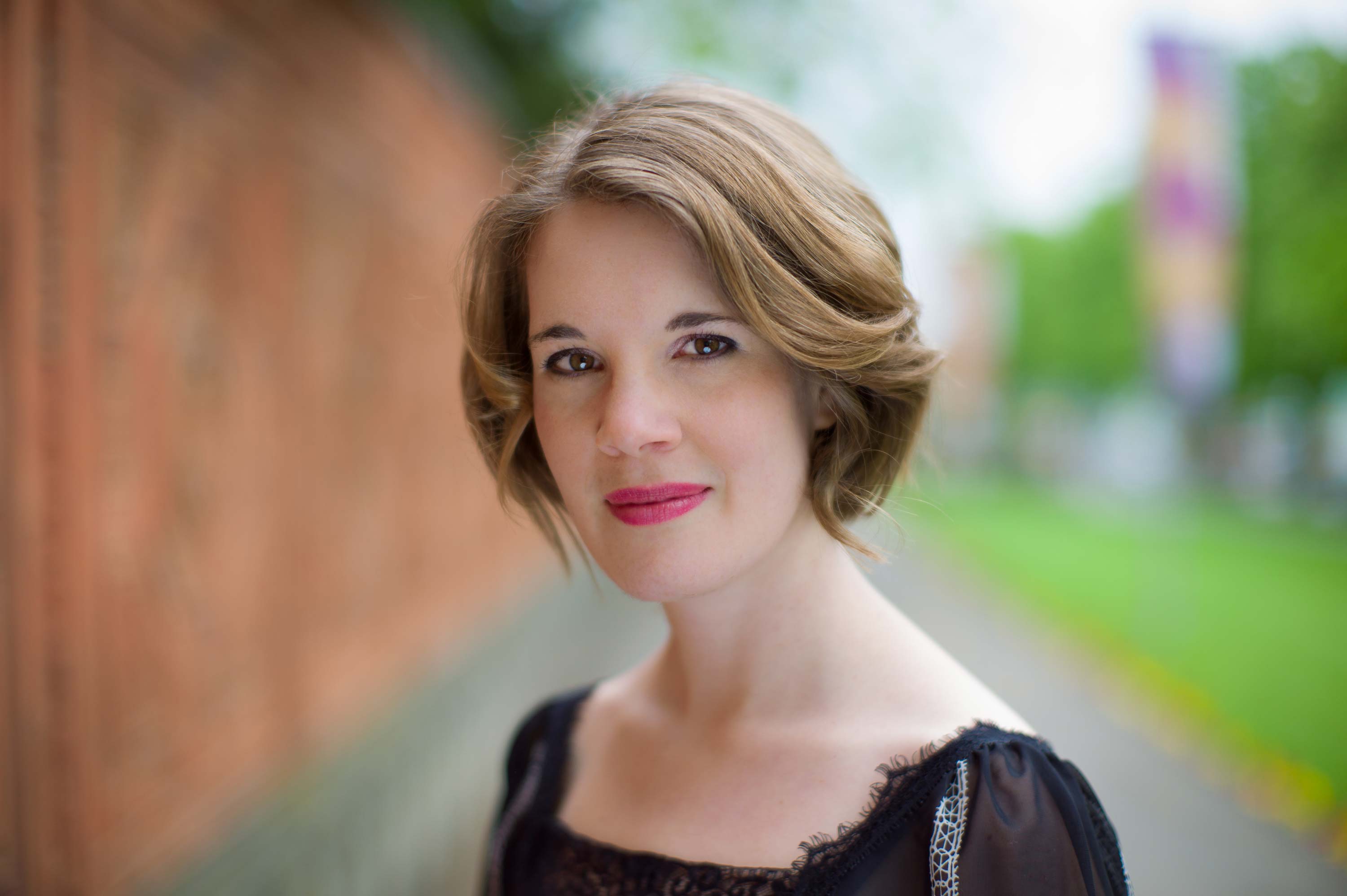 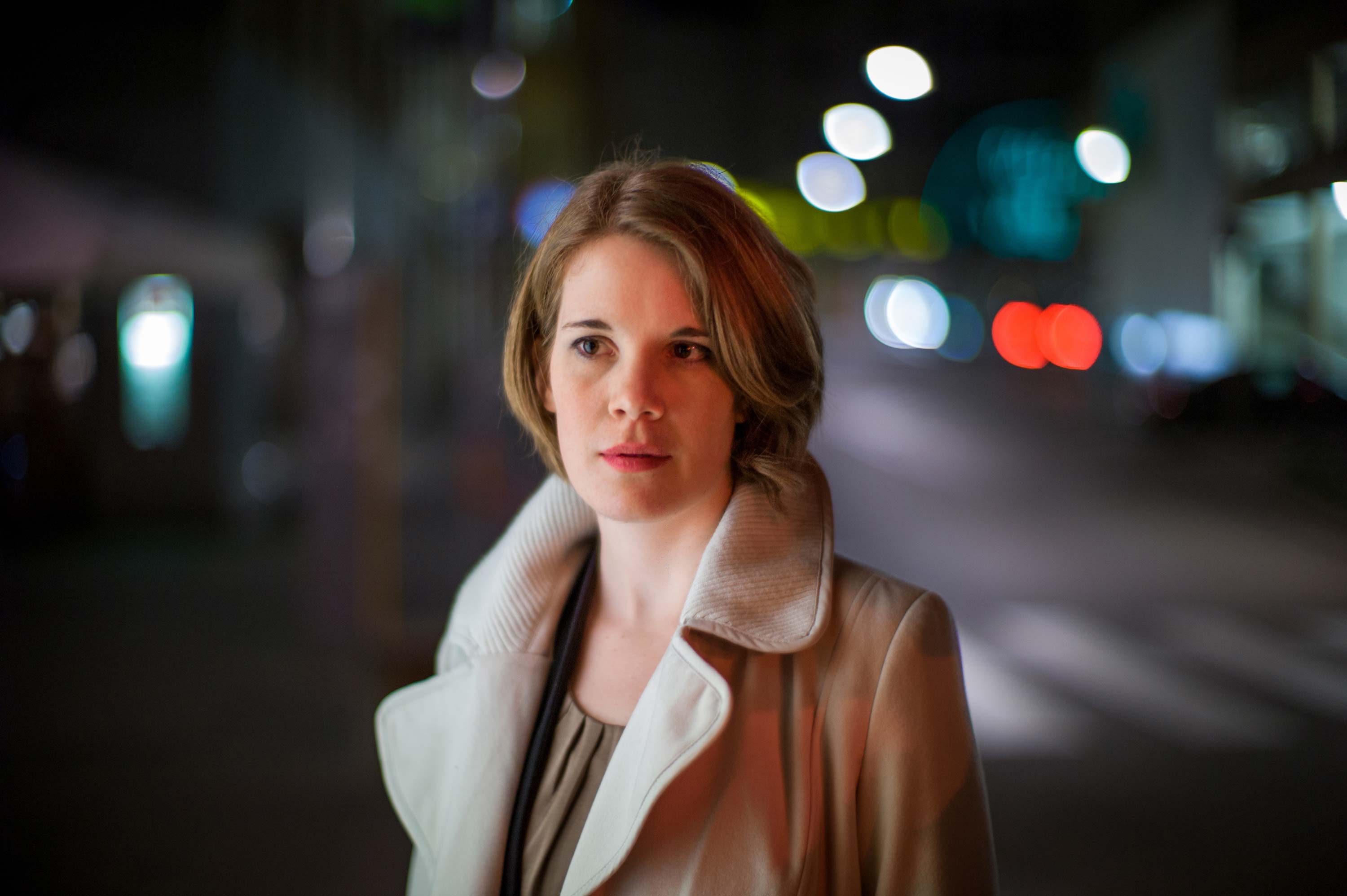 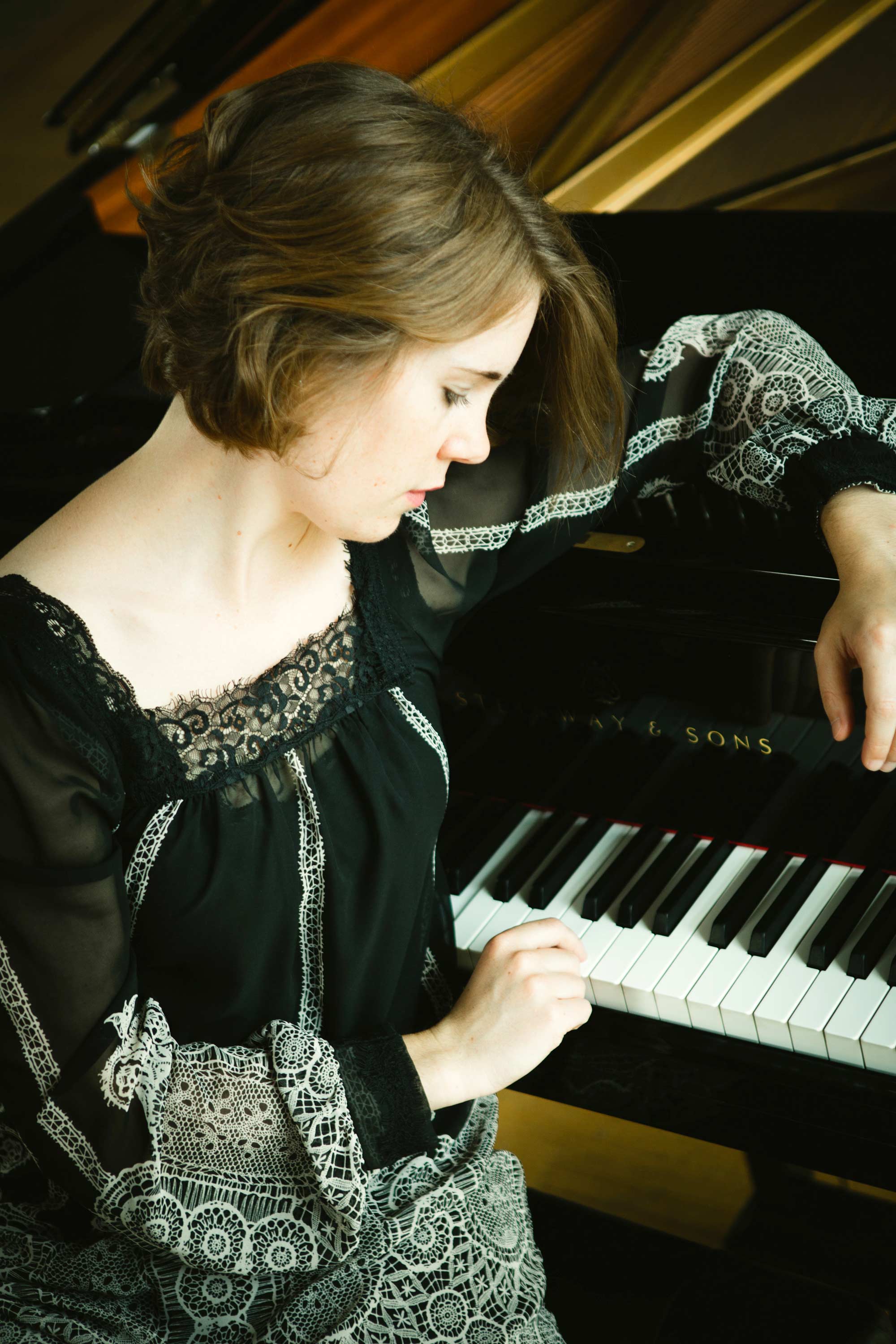 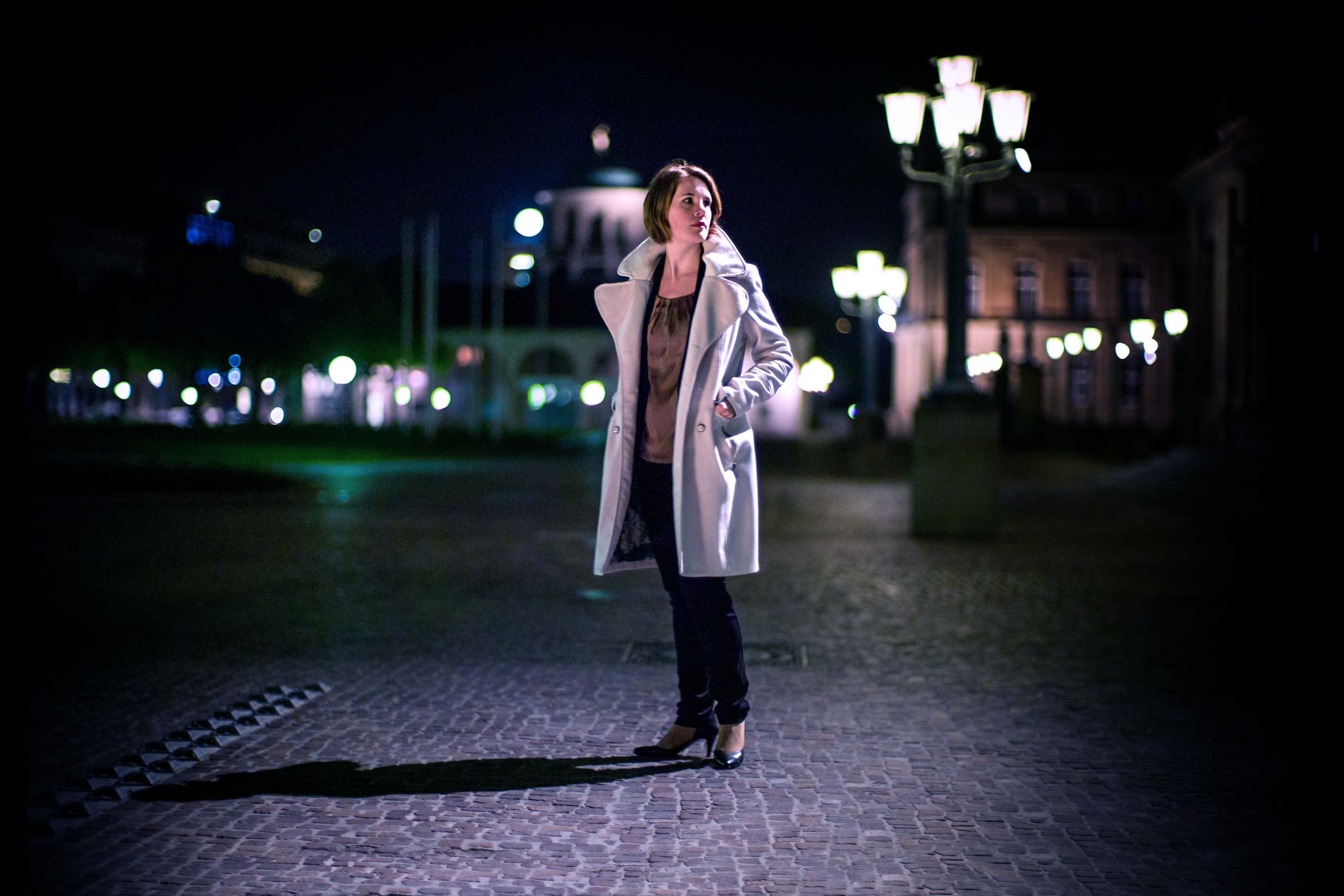